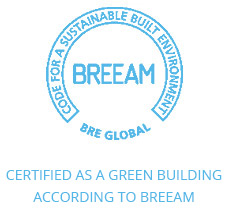 Several aspects of the Nová Karolina Park office building have led to its successful certification as a Green Building according to the British BREEAM methodology and established quality standards, including the project design, the actual construction, and even the way the building is used. The assessed areas include energy and water usage, environmental impact, the impact on flora and fauna, the impact on the building’s users (such as the quality of the internal environment), and overall building functionality.

In addition to the traditional greenery found on the ground floor, two greenery islands have been installed on the roof, consisting of groupings of low growing and medium shrubs combined with flowerbeds. All of the plants that have been used are native to Central Europe. Their main purpose is to provide a habitat and a food source for birds and insects. The groupings of shrubbery have been supplemented with eight massive logs with pre-drilled openings to accommodate insect species that live in old or dead trees. The greenery on the ground floor level includes randomly placed stones that provide shelter for small vertebrates and insects.

Forty swift boxes have been installed on the protective wall located on the building’s roof. Swifts are a protected bird species whose habitat is increasingly located in urban environments. They will have bats to keep them company. We installed the same number of boxes for these flying mammals based on the BREEAM recommendations. 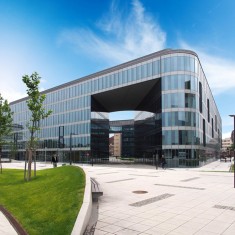 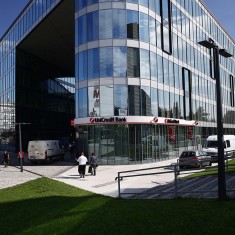 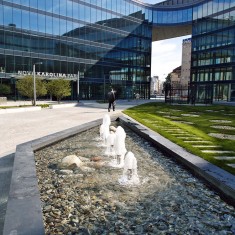 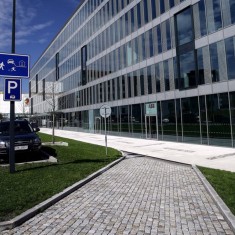 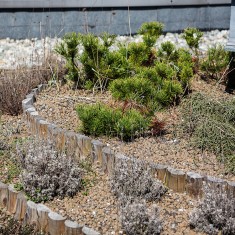 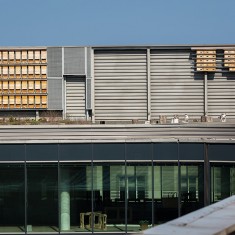 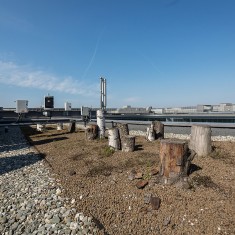 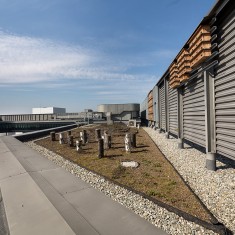 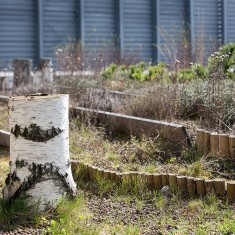 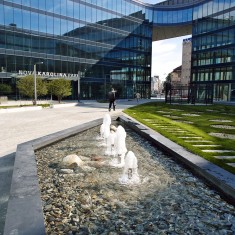